Skip to content
You are here
Spread the love

4,000 residents in Kyesiiga sub-county, Masaka district are living in fear of eviction. The land measuring 2.1 square miles is being claimed by Daniel Kayizzi.

The affected residents are living in seven villages of Lukolo, Bunyuma, Mulema, Lwemodde, Biringo, Katikamu, and Mikobe. 72-year-old Emmanuel Kafeero and Paul Mukasa, all residents say that a group of people led by Kayizzi in the presence of armed security personnel surveyed and placed mark stones on the disputed land, claiming to have certificates of ownership.

Kafeero indicates that they have settled on the same land for decades and all along, they have known Buganda Kingdom as their landlord and have been paying annual ground rent.

He says they were recently served with eviction notices from Kayizzi, wondering how he obtained the land without the knowledge of the occupants.

The residents argue they have since requested Kayizzi to show them his alleged land titles for verification in vain, which raises suspicions about his claims of ownership.

Sarah Nakibirige, another affected resident says that her parents were buried on the same land, but she recently received notices instructing her to either pay for the land title or vacate it.

According to her, they are being asked to pay 10 million shillings per acre of land, a cost they can’t afford.

She says to their surprise the eviction notices were issued recently after President Yoweri Museveni passed a directive halting any eviction of residents until it is assented to by the District Security Committee.

The affected residents have cried out to the Minister of Lands, Housing, and Urban Development Judith Nabakooba to save them from the impending eviction.

Gordon Mayanja, the Chairperson for Kyesiiga Sub-county says he has repeatedly sought dialogue with Kayizzi but he has adamantly declined to meet.

While addressing a community meeting on the disputed land on Tuesday, Mayanja asked the affected residents to raise up and collectively resist any attempts to evict them.

When contacted Kayizzi noted that he went to the area to open boundaries on his land, part of which had been encroached on. He denies having intentions of evicting occupants, saying he wants them to recognize him as the landlord and start paying him ground rent.

James Kabiito the Deputy Estates Officer for Buddu county, indicates that they notified the Buganda Land Board about the ensuing dispute and promised to send in their surveyors to study the problem

SEAT of the DIOCESE

Centenary Radio is s a catholic founded radio by Masaka Diocese. Masaka diocese comprises of 56 parishes all served by the radio station. 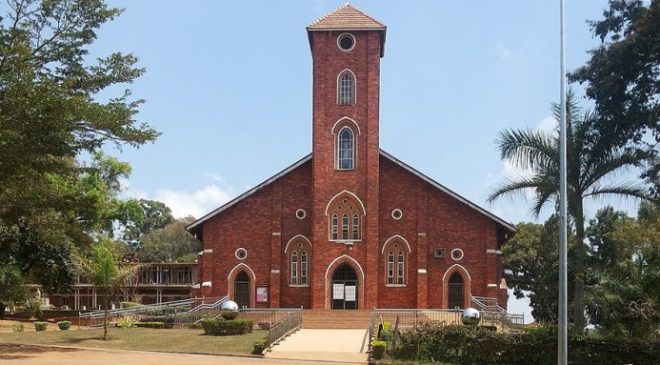 SAINT OF THE DAY

Saint of the Day – Saint Lawrence of Brindisi